To celebrate the completion of the online textbook, der | die | das, the McGraw Center for Teaching and Learning will host an informal discussion on May 16th. The panel will feature der | die | das author, Professor Jamie Rankin, Director of the Princeton Center for Language Study and Senior Lecturer, German; McGraw’s Senior Educational Technology Specialist, Ben Johnston, Adam Gallagher (‘16) who collaboratively developed code for the textbook; and Brandon Waybright, Assistant Professor of Graphic Design at Trinity College, who designed the web interface. The panelists will discuss the project, and describe its development and workflow.

This project was supported by the Office of the Dean of the College via the 250th Fund for Innovation in Education. This fund is intended to promote curricular innovation and is open to Princeton faculty with the endorsement of their department or program chair..

Rankin is also noted for his innovations in immersing his students in German language and culture. During his career at Princeton he has focused on the dynamics of corrective feedback in the classroom; training and mentoring graduate student TA’s; and assessing the usefulness of classroom materials for beginning and intermediate language learners.

Most current foreign language textbook focus on developing cultural knowledge and grammatical proficiency in the target language, but as Rankin notes, they pay minimal attention to vocabulary, both in word choice and systematic review.  While offering up to 2,000 vocabulary items, these are randomly chosen by the authors as a means of discussing the cultural topics, and most of them are never seen again outside of the chapter. And yet it has been well known in the area of second language vocabulary acquisition that learners who master the most frequently used 1,000 in a language can read up to 75% of almost any text. Knowing the next most frequently used 1,000 words yields an increase of about 7% comprehension, and the yield continues to decline from there. Put another way: A beginning language textbook that focuses on the most frequently used words in the language provides a significant boost to learners’ comprehension and production of the language. The key is the frequency ranking, and in 2006 a Frequency Dictionary of German was published by Routledge — the first such list since 1928.

Using the 1,200 most frequently used words in the German language as the basis for der | die | das, Rankin and his graduate students combined the themed vocabulary with increasingly complex usage. Each chapter of the online “book” centers on a subject that is current and topical. Different chapters of the text focus on such things as small talk, the internet, Sundays, meal times, the Autobahn, vacations, sports, large cities, childhood, political borders, currency, and other topics students would find of interest, easy to share experiences about, and which would also engage a contemporary native speaker.

der | die | das is currently used in “Intensive Intermediate German,” a double-credit class that meets five days a week at 8:30 a.m. for a total of nine hours a week. According to one student who has taken this course:

It is a testament to his vigor and love of teaching that, despite the class’ scheduled ‘kick-off’ at 8:30 each morning, very few students are late and almost none are absent, day-in, day-out,” said [then] sophomore Chris Schlegel [’09], who took the class during spring semester. “Every moment — even when we are just speaking in small groups — is instructional, and absolutely nothing is monotonous or uninteresting.” Schlegel recently decided to major in German, thanks in part to his experiences studying with Rankin. 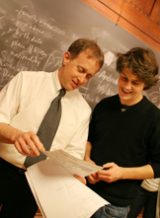 Jamie Rankin is Senior Lecturer in the German Department of Princeton University. He has published articles in Unterrichtspraxis and the Modern Language Journal, focusing on the dynamics of corrective feedback in the classroom; training and mentoring graduate student TA’s; and assessing the usefulness of classroom materials for beginning and intermediate language learners. He is the co-author of Handbuch zur deutschen Grammatik (Cengage, now in its 6th edition) and is currently developing a first-year curriculum for Beginning German that integrates culture, grammar and high-frequency vocabulary for an online platform. In 2014 he was appointed as inaugural director of the new Princeton Center for Language Study. 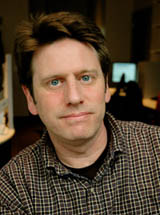 Ben Johnston works with faculty and students across the University to facilitate the integration of digital platforms and implementation of technology tools into coursework. Formerly Manager of the Humanities Resource Center and Humanities Computing Specialist in the Center for Digital Humanities, Ben has filled many roles at Princeton in support of technology and education during his 10 years at the University. Prior to Princeton, Ben worked at Bryn Mawr College and at Columbia University. He holds an undergraduate degree from Earlham College and a Master’s degree from Teachers College, Columbia University. 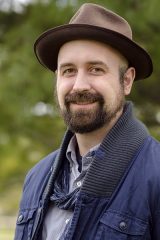 Brandon G. Waybright, Assistant Professor of Graphic Design at Trinity College, has extensive experience as a designer and publisher, primarily working with musicians, artists, and cultural organizations, Professor Waybright’s practice employs design as a tool for exploration and community intervention. He is the author and designer of Los Angeles Mythology, a collection of visual and written poetry that was released in 2013 at the Museum of Contemporary Art in Los Angeles, California. His areas of research include multi-sensory design experiences, methods of interdisciplinary collaboration, and design as an agent for community. His approach to teaching centers on visual thinking and social responsibility, encouraging students to explore diverse ways of making as they construct their own fulfilling practices. 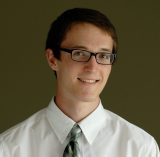 Adam Gallagher ’16 is a senior computer science major from Pemberton, NJ. He has been involved in der | die | das” since shortly after its inception, originally working on converting and formatting the original content in HTML and more recently on designing and maintaining the cloud-based Node JS hosting system. After graduation, Adam will begin working as a software engineer in the D.C. area