Paris in the Spring — Paris as a Case Study

A group of journalism students in Elaine Sciolino’s JRN 456: Local Reporting: Paris as a Case Study, recently spent spring break in Paris, reporting on the sights, sounds, and experiences of the city. Sciolino, former Paris bureau chief for The New York Times, and author of the book The Only Street in Paris (2015, W.W. Norton and Co.) led her students on an intimate tour of various parts of the city. Beginning with a stroll down the Rue des Martyrs, the street profiled in Sciolino’s recent book, the students spent nine days exploring and documenting city neighborhoods and landmarks, including a memorable visit to Rungis’ Meat Market in the very early hours of one morning.

McGraw’s Director, Rebecca Graves-Bayazitoglu who is assisting with the course accompanied the students on the trip, assisting with logistics and translations.The students posted daily, documenting their observations; their posts can be found on the McGraw Commons at http://commons.princeton.edu/pariscasestudy/ 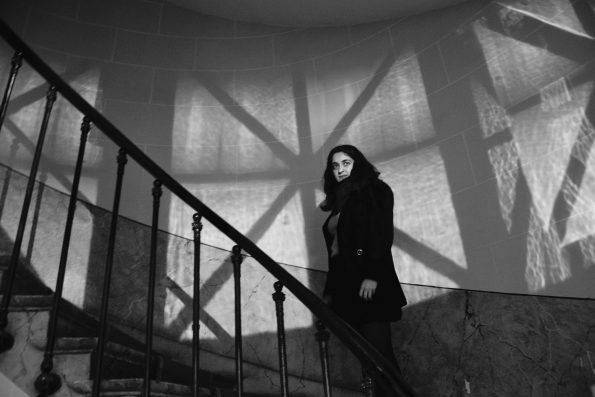 Iris Samuels makes her way up the staircase to Elaine Sciolino’s and Andrew Plump’s apartment for dinner. The lights from outside intermingled with the rivulets of rain on the windowpane make for the formation of patterns on the wall. (Photo: Mariachiara Ficarelli)